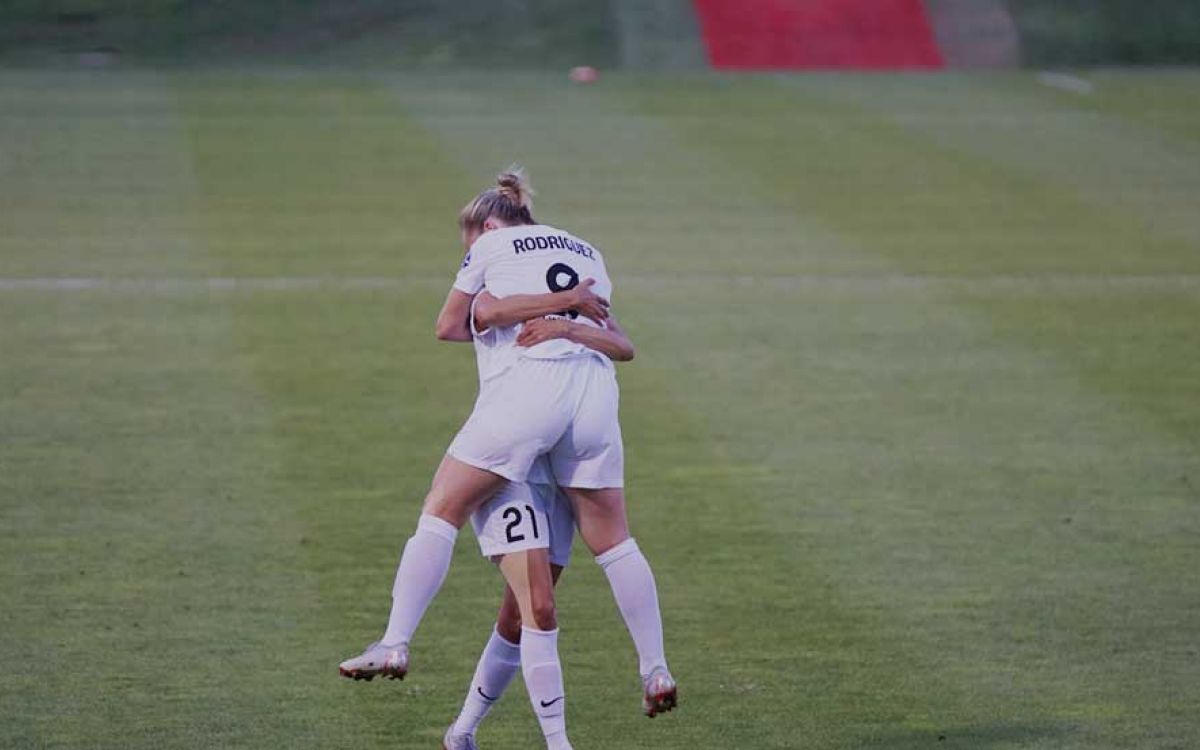 In 1995 when he was appointed President of FIFA, Sepp Blatter famously declared: “The future of football is feminine.” Unfortunately Blatter then went onto completely undermine his progressive statement by later confirming that “pretty” players would be allowed to wear tighter shorts. One step forward, two steps back, the sexism dance just never seems to end. In spite of his counterproductive statements, the Fifa president was definitely onto something; the stage was set for female football to come into its own, and come into its own it did.

Now in 2019 we’re seeing the legislation come through to really drive home gender parity, fuelled in no small way by the unprecedented success of June’s Women’s World Cup. UEFA has recently pledged to double women’s representation in the game, and ties in with its Time for Action campaign which aims to level the playing field between women and men in football in five years. We note similar moves from FIFA, with its Dare to Shine campaign.

This rapidly growing interest in women’s football is not a trend that can be ignored by brands; as Phil Carling, the global head of football at Octagon recently noted, women’s football is the perfect metaphor for issues of diversity and inclusion. And with recent research citing that up to 70% of contemporary consumers now choose their brands based on the values it stands for, aligning your brand with women’s football is an opportunity which cannot be missed.

Aligning your brand with women’s football suggests a company which supports equality, fairness and progressive thinking; a fact that has not been missed by companies such as Visa. When questioned as to why the finance giant had chosen to throw its full support behind the women’s 2019 World Cup, Head of Sponsorship Stephen Day simply replied that, “Visa is for everyone everywhere and women’s football is a way for us to talk about acceptance and inclusion.” And from then there has been nothing but growth. Cue Boots UK extend its backing to all four UK teams, as well as Ireland. Cue Barclays sponsorship of the Women’s Super League, the first of its kind. It seems that the biggest brands cannot wait to get in on the action.

These sponsorships serve as an essential lesson in strategic brand marketing. In response to a social culture that is rooted more and more in value-based decisions, it makes nothing but sense for brands to align themselves with women’s football. In the past, men’s football has fallen foul of questions regarding its associations with money-making and at times, corruption, the female alternative is generally aligned with more positive attributes. It’s associated with overcoming diversity, fighting for equality and a true passion for sport. All attributes that would be beneficial for your brand to get behind.

Beyond the boundless ROI opportunities latent in creating this affinity with women’s football, it’s an exciting space to be in for any brand on a professional level. Unlike men’s football which is inundated with brands vying for space, women’s football remains somewhat untapped. This makes it relatively attainable marketing real estate with little major competition.

Moreover, for brands the sky’s the limit when it comes to campaign ideas. In a sector with no standards already set, this is a limitless opportunity to let creative minds run wild, and really create some memorable and compelling work. A reason often cited for the traditional lack of interest in women’s football is the absence of compelling characters; for any storytellers at heart, the space in women’s football is a dream. The grit, determination and passion that’s associated with football? Creatives can compose killer narratives for every player to really engage an audience, and keep them hooked.

With sponsorships pouring in and the stadiums filling, it’s easy to forget that women’s football still faces a lot of adversity; a fact that lends itself well to many pockets of our society still. From Ada Hegerberg’s twerking humiliation at 2018’s Ballon d’Or to the BBC’s contested use of the creative property of black female authors Elizabeth Uviebinené and Yomi Adegoke, it’s clear that we are still a long way from complete equality. Yet for your brand, extending your support for female centric sporting events in a meaningful way, works wonders for your brand identity. Following the roaring success of 2019’s Women’s World Cup, opportunities are abundant; consider 2021’s Women’s European Championships which will be hosted here in the UK and the various ways your brand can become involved.

Whatever way you view it, the future of football is on the horizon, and it looks like it will in fact be feminine.