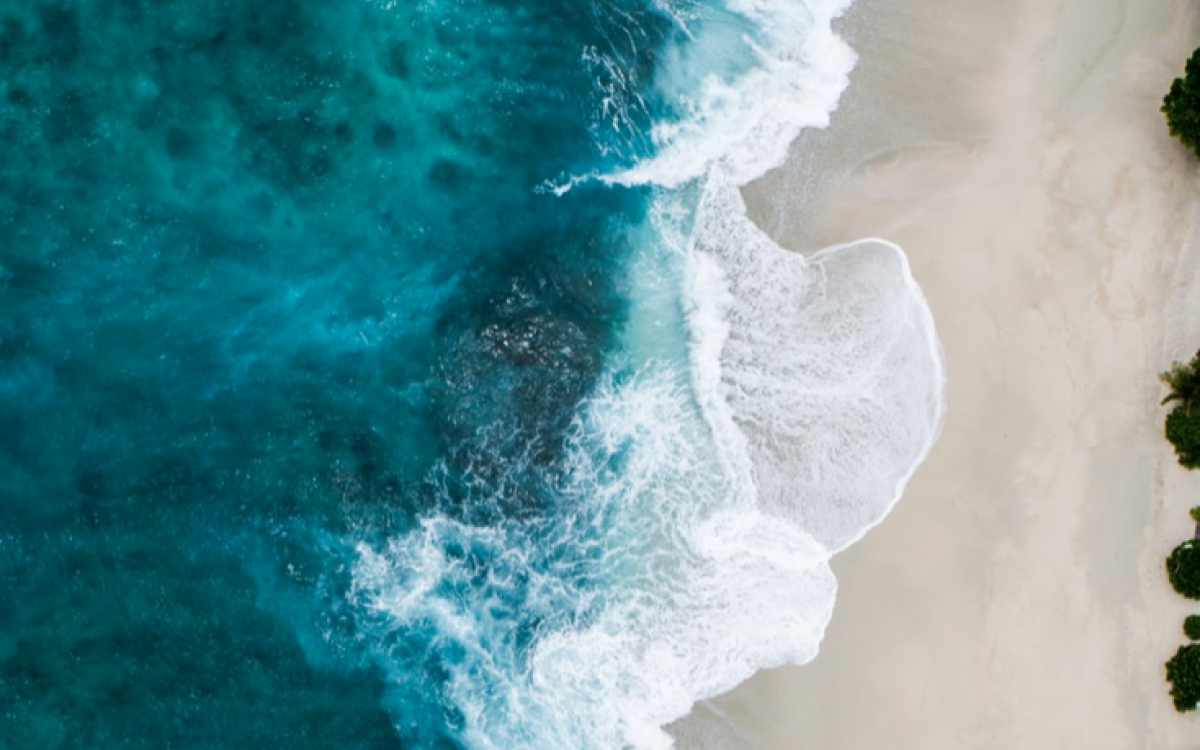 How the Blue Planet Effect is making waves

Envisioned by early scientists as a clean and safe material that would revolutionize our way of living, the Plastic Age was heralded as ushering in a bright, colourful and accessible future for all. And while their predictions ring true in feeding our appetite for convenience and ease, plastic has had a catastrophic impact on the quality of life for those we did not consider; most notably our marine life.

Despite the haunting images of sea birds and creatures tangled in plastic rings that were circulated throughout the late 80s and 90s, it was Sir David Attenborough’s groundbreaking TV series ‘Blue Planet II’ that has prompted most action. Following its debut in 2017, the documentary series topped the polls as the most watched TV show that year and has had a profound effect on the attitude of the general public towards plastic pollution and its impact on our oceans. The show’s widespread popularity has shown the central importance of storytelling in getting the public behind an idea; it is not communicating facts that brings about action, but how we communicate with the public. By bringing the sea and its creatures to life onscreen in all their technicolour and vivid beauty, Sir David Attenborough’s prompted a seismic wave in our perception of plastic pollution. We now understood the havoc being wrecked on our planet and the lives above and below us; it was time we did something about it.

The action being taken by communities, governments and NGOs across the world has been clear to see in recent years. According to a survey carried out annually by Waitrose that analyzes consumer trends and behaviours, customers are now making more environmentally friendly choices. The report found that over 60% of young people now own both reusable water bottles and coffee cups, while actively avoiding the use of single-use plastic bags. Additionally, consumers now actively seek out fruit and veg that is free from packaging. Remarking on these findings, head of brand development and product innovation at Waitrose Natalie Mitchell stated:

“We’ve seen a big shift in consumer behaviour. Previously, customers wanted to know that we were taking care of things, but now they get actively involved.”

The growth of consciousness regarding environmental impact has also been seen in consumers’ food consumption. Studies have shown a significant decrease in the amount of meat consumed by the average person, with 21% of Britons now identifying as flexitarian and veganism now on the rise. This concern for the environment has transgressed into the political, with thousands taking to the streets across Europe this year as part of the Extinction Rebellion protests. Indeed the turnout was so high that the activists caused major disruption across London earlier in April, coming close to maintaining their promise to ‘shut down’ the City. This action from the public denotes the major shift in widespread perception and concern regarding the environment.

Additionally, recent legislation has come to reflect these concerns; on the 10th of May, more than 180 nations came together in Geneva and agreed upon adding mixed plastic scrap to the Basel Convention. This is the treaty that controls the international movement of hazardous waste, showing that our once positive perception of plastic materials has now completely changed. This decision will protect some of the poorest nations and people, who are the most impacted by the movement of plastic waste. The legislation is in keeping with the UN’s 2015 Sustainable Development Goals that it set for 2030.

At a grassroots level, it is clear to see that much is being done in the battle being waged against plastic pollution; this does not, however, mean that businesses are getting off scot-free. Movements such as ‘extended producer responsibility’ are gaining greater prominence than ever; consumers now expect businesses to up their environmental game on a production level and stop the flow of plastics at the source. Shocking figures published in a report by the Ellen MacArthur Foundation, predict that by 2050 there could be more plastic than fish, by weight, in the oceans. This is not a future which can be avoided simply by public recycling, rather businesses have a moral responsibility to decrease the actual production of plastic.

The introduction of these ideas to the company boardroom is something which is reflected on by Professor Richard Thompson. Having contributed to the making of Blue Planet II, and other such nature documentaries in his career, he recognises the huge impact the series has had on professional mentality towards environmental responsibility. While impressed by the positive public reaction to the plastic crisis, the academic pushes for businesses and organisations find appropriate solutions and stem the issue at its source.

While a daunting prospect, it is not a challenge which Keith Weed, former CMO at Unilever advises that businesses shy away from. In an exclusive article for The Guardian, Weed insists on the continued importance of purpose for brands going forwards in the marketing world, and how demonstrating dedication to tackling the plastic crisis makes good business sense. His assertion that: “Consumers’ desire to have a deeper connection with brands, the expectation not just that they won’t ‘be bad’ but that they should actively ‘do good’ is not going to go away.” sums up the current feeling across the marketplace perfectly. With so many options to choose from nowadays, consumers want to see their hard-earned money go further and failure on the part of businesses to embed environmental and social sustainability within their business model will lead to lack of brand loyalty and poor sales. These businesses will not outlast those that actively are joining the wider social dialogue.

It is an exciting time for businesses to involve themselves in the current turbulence of our social climate. Tapping into public concern and responding appropriately and thoughtfully, creates meaningful brand-consumer relationships which stand the test of time and threat from competitors. As true leaders of innovation, this is a prime opportunity for brands to deliver on commitments to social and environmental progression and to set themselves apart as a real catalyst for social change.

Photo by John Cameron on Unsplash